AV node is a minimally invasive procedure performed in some patients, to treat rapid rates caused by atrial fibrillation after a pacemaker has been implanted. This is often called a “pace and ablate” strategy.

More information of the procedure can be found here: 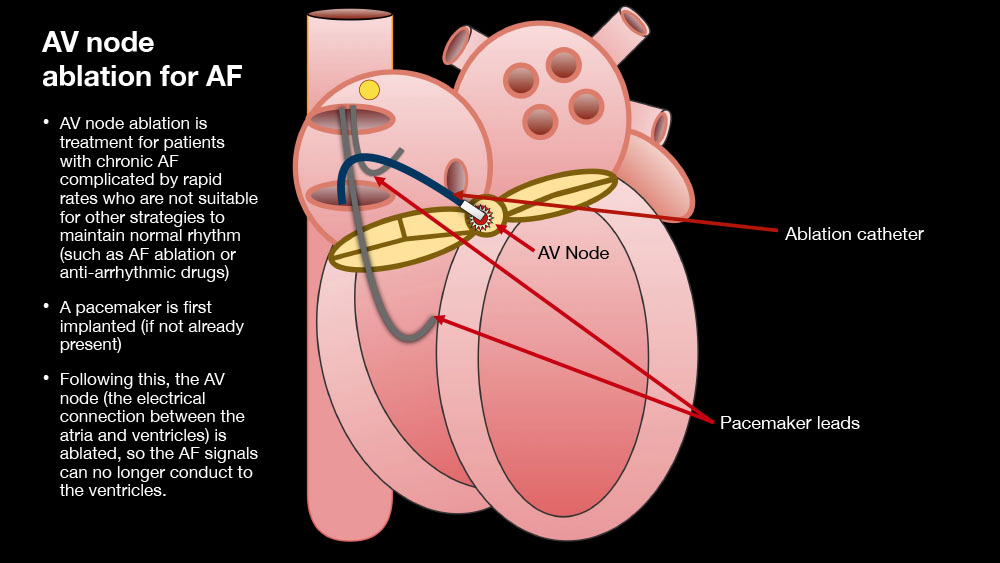 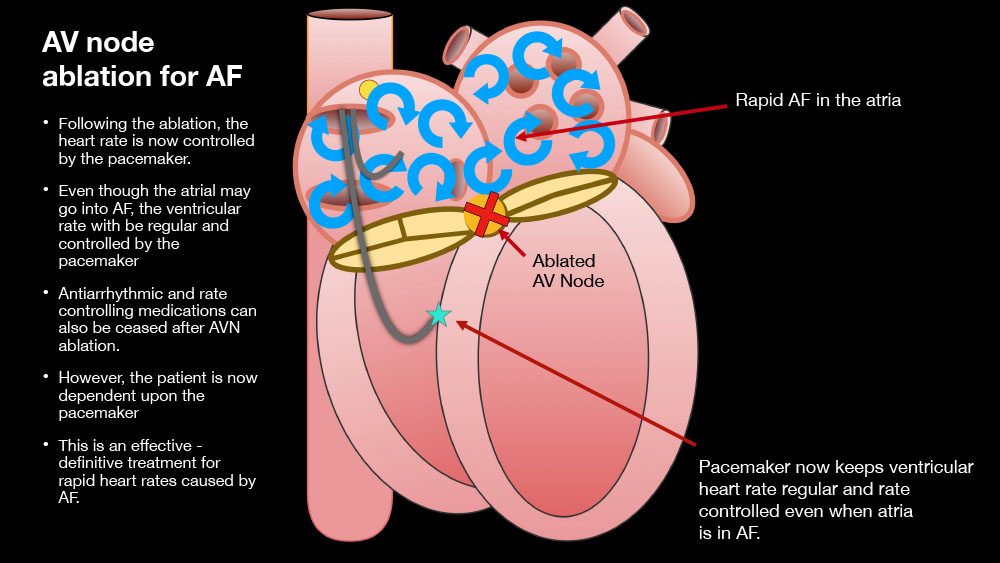 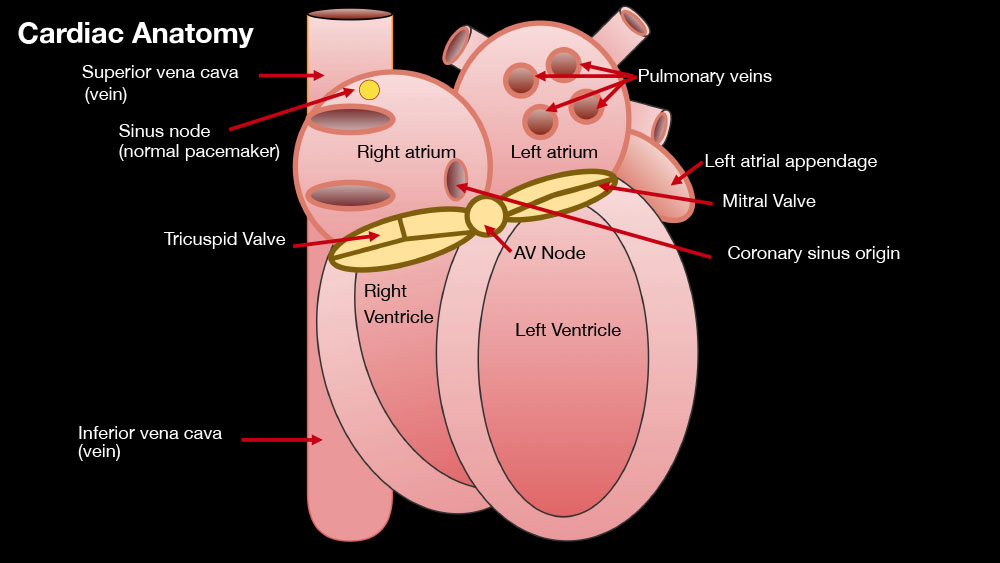